I’m writing from Minneapolis, where I traveled to take part in an event on music, sound, and climate change. A year and a half ago, Aaron Allen, Denise Von Glahn and I met to give a plenary “trialogue” on sound and sustainability at a conference in Nashville, and afterwards we were invited to do a reprise at the University of Minnesota. This is the event that came of it, in celebration of Earth Day, a week later than the actual day but nonetheless the time when it could be arranged for all. The event takes place later today, but I flew in from Maine two days ago, and had a chance to walk around the university yesterday.
Much of its appearance has changed. The grand old buildings remain, including Northrup Auditorium, with its imposing Greek columns, and Vincent Hall, with its, where many of my classes were held. Much new modern architecture, quite out of keeping with the old, has been erected throughout the campus, forming blocks of high-rise steel and glass and concrete and granite, with massive faces and few windows, in some ways looking like vast parking garages, but reminding me most of the Soviet-era buildings I saw in Beijing five years ago. One of the professors planning the event, Mark Pedelty, confirmed that impression when we had supper in Dinkytown last night, calling it Stalinist. At that point I began to couple the architecture with the ubiquitous strategic planning that has been going on at colleges and universities over the past fifteen years or so, doubtless also reflecting their transformation from educational non-profit institutions run more or less at a loss, funded by philanthropists and state legislatures, into corporations run to break even, still dependent on donations but less and less so on government funding, while the expenses of maintaining them, pro-rated on a per-student basis, have increased enormously. I’ve blogged about this before; there’s no need to repeat it, except to say that even though I wasn’t surprised to see it at my graduate alma mater, my spirits did not rise as I’d hoped they would.
In some ways it’s surprising that I’ve been back only once before, and that was around the early 1980s, when one of the professional societies I belong to met in a downtown Minneapolis hotel, and I managed to skip out for an afternoon visit. At that time the campus had not transformed so. Today, it seems much more a model of efficiency. Buses and light rail transport students who crowd the streets, making the sidewalks look like Manhattan during rush hour. The streets and roads of the campus itself are curved, well landscaped, and do not have the look of a city; yet on the outskirts the city is clearly there. Dinkytown has upgraded and yet it was still recognizable in shape. I could see the ghosts of old shops and restaurants like Valli Pizza, where our blues band performed weekends in the “Grotto Room” in the cellar. Of course, the Valli no longer was there. 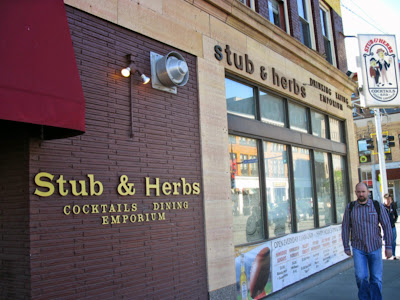