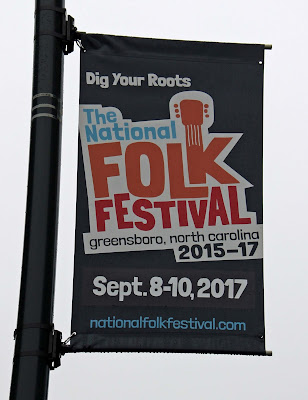 
In 1976, the first time I worked at a folk festival—it was the Smithsonian—I was asked to present blues singer Big Joe Williams. At that time, the directors of the festival and the Smithsonian’s folklife division—Bess Lomax Hawes and Ralph Rinzler—were invested in the idea that folk music would be adulterated if presented accompanied by amplified guitars, electric basses, drums, and so on. Yet they understood that in the blues tradition, electronic amplification had become the standard after the second World War, and so they permitted a little of it, at low volume so that the sound didn't bleed from one stage to another. Big Joe had brought his own amplifier, a home-made rig consisting of an old floor-model radio from the 1940s, with a huge speaker, into which he’d placed an army surplus amplifier. It was very beat looking and at least 25 years old. Joe, who was quite a DIY electrician, carried it with him to his gigs in towns and cities up and down the Mississippi River, from New Orleans to Chicago, where he traveled almost constantly. I recall that when Bess and Ralph took their first look at his amplifier, they recoiled, thinking that it must be an electrical hazard. But he demonstrated otherwise, and the gigantic amp that looked like an ancient radio became an object of the audience’s fascination, though of course for Big Joe it was just an amplifier.
Joe also played a 9-string guitar, which was a six to which he’d added three more, another home-made rig. I’ve never heard of anyone else who played a 9-string guitar, or anyone who wanted to, for that matter. The three added strings included one that doubled the G-string an octave higher, as in a 12-string guitar, giving Joe’s guitar the most distinctive sound of the 12-string, the octave G. Joe’s station wagon also was a magnificent DIY contraption, to the extent that he’d customized the electronics and several other aspects of the interior. It was quite a sight, and I took many photos of it. I’ve told elsewhere, in an interview, about an incident with Big Joe at that 1976 festival, one that has troubled me for many years; but there’s no need to go into detail about that here.
I’ve written here before, also, about the paradox in presenting mediated performances of "authentic" traditional musics which, in their natural contexts, are not mediated, even though they may be staged. Presenters, of course, are the chief mediators, explaining the musical traditions and saying something about the performers’ lives and careers, aspects of the performances that would otherwise be absent. And yet, insofar as a greater percentage of these performers are professional folk musicians today—due in no small part to support from festivals like these, and from state and local arts councils—most of their performances are staged and many are mediated. And some of the genres that they perform have been presented from the stage and on recordings for at nearly 100 years, including blues and old-time string band music, while for others the natural context is the stage, not the home. A more realistic description of these musics, I think, is that they have front-stage and back-stage aspects, neither more authentic than the other. Old-time, bluegrass, and country musicians, for example, perform from stages but also get together to play with and for one another informally at home and on the road in motels, and in campers at festivals, and so forth. In some traditions, what was once done in the home kitchens, on porches, or in living rooms with rolled up rugs and carpets, moved into community halls, or bars and pubs, or both, retaining the community flavor of a large family. And so there is that aspect of this music as well, back-stage and informal, that not only remains but is in a sense encouraged by festivals like the National and others that help support it in all of its aspects.
One of the best things about these festivals, over the years, is that they’ve encouraged people in the audience to learn and make music. At the National, two of my friends and colleagues, who teach in Greensboro, brought their four-year-old son; and he was thrilled to see and hear the music, especially up close. Bruce Daigrepont, leader of the Cajun band, noticed him, walked over to the section of the stage close to where his father was holding him on his shoulders, and moved his accordion back and forth towards and away from the youngster, who was entranced. Although the boy is too young to know what kind of music this is, surely he continues to identify music with movement and pleasure, something that will serve him well when he decides to take up music systematically and learn to sing or play or both, himself. He already pretends to make music—certainly he makes sounds—at home, on toy instruments; and it won’t be too long before he’s ready to apply himself to learn the skills needed to make real music. 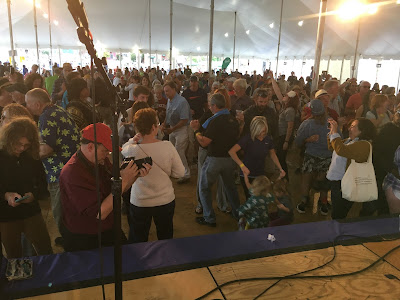 Posted by Jeff Todd Titon at 7:52 PM No comments: