Endangering Classical Music by Dumbing It Down 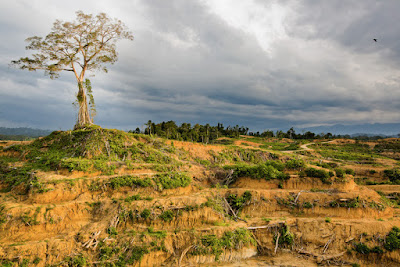 Nearly three years ago, I posted an entry on classical music as an endangered ecosystem. I’ve also posted, in years past, on how public radio’s commitment to classical music has declined in our new—not really so new anymore—century, viewing this as a symptom of endangerment. There have been others, none greater than the decline in funding for classical music teaching in the schools, at all levels: K-12 predominantly, but also at the college and university level. But that is a topic for a different post.
As 2016 comes to an end, I want to return to one of my old topics in this subject, classical music on public radio—specifically, public radio in the state of Maine. Two momentous changes occurred this year. One is that the Maine Public Broadcasting Network (MPBN) changed its name to Maine Public (MP). That’s it—Maine Public. The new name could mean anything—a water or gas or electric public utility, for example, or perhaps the state’s public library system, or the state public relations council, or the public health commission, or any of several other public entities. To the network, it’s a bit of a brag: we are the public, the name seems to be saying, no need for further identification. To any public employee in the state, the name could be confusing, even off-putting. Two was the creation of a second radio channel, Maine Public Classical. Whereas it had been possible to stream classical music 24/7 from the MPBN website, the new channel also broadcasts over the air, both on the FM band and on HD radio. This certainly increases the availability of classical music on the radio in the state, and suggests that it may not be so endangered after all.
In fact, Maine has more classical radio stations than this. Some of the college and university radio stations play a bit of it, but there is another full-time station, WBACH, which can be heard from two stations in the state, one in the largest city, Portland, and the other in mid-coastal Maine. They stream the “world classical network,” from Cape Classical 107.5. It’s not exclusively Bach, although his music is well represented, and most of what’s heard is from the 18th and 19th centuries. Maine Public Classical’s station, which can be heard over the air in most but not all sections of the state, now programs the few shows that were left after years of classical music’s gradual shrinkage, the morning classical program from 9 to noon, the 8 pm hour’s symphony broadcasts from New York, Boston, Chicago, etc. and one weekly broadcast from a chamber music concert in the state of Maine, and Saturday afternoon opera. The Maine Public station, the same over-the-air station that reaches the whole state and has done so for decades, is now mostly talk, plus a couple of hours of music in the evenings and a little more on weekends that is difficult to categorize—more on that in another post, perhaps—but at any rate it’s meant to appeal to an under-40 audience. The same repertoire of talk shows one hears on most public radio stations today can be heard here in Maine, most of the time—BBC news all night, Morning Edition, All Things Considered, news talk shows like those hosted by Diane Rehm, and Tom Ashbrook; politics and the arts shows like those hosted by Terri Gross; and so on, along with a re-configuration and reduction in local news reporting.
One would think that with WBACH and Maine Public Classical, the audience for Western art music was being better served than before. Certainly more classical music is more easily available over the air now than it was three, six, ten years ago. But what classical music is it? Is it the same classical music that was available in earlier years? No. There’s a much higher proportion of pop classics, and easy pieces—almost nothing that is atonal, for example. There’s a much higher percentage of short pieces. Strings predominate. Vocal music is in short supply. On “Classical 24,” the out-sourced service that Maine Public Classical uses for several hours a day, most pieces played are 20 minutes or less in length. If a piece is longer, then one movement from it is played, without apology. Composers, beware: if your compositions are longer than 20 minutes, they won’t be played in their entirety. Maine Public Classical does broadcast one other syndicated show, Performance Today, that is more varied than the others, in the sense that the host offers biographical tidbits about the composers, interviews performers, even offers listeners a little quiz--all in the name of educating the public and making classical music more attractive. A wider variety of pieces, and much more modern music, is played on Performance Today; yet most of them are, still, short.
It was the polymath musicologist Charles Seeger who made fun of one of the synonyms for classical music—“serious music”—calling the name preposterous, as if no other music could stake the same claim. Had Seeger lived to hear the dumbing down of classical music on radio, he wouldn’t have needed to comment. Altogether, this dumbing down of classical music endangers it as much as, if not more than, its absence on radio.
Posted by Jeff Todd Titon at 7:26 PM No comments: